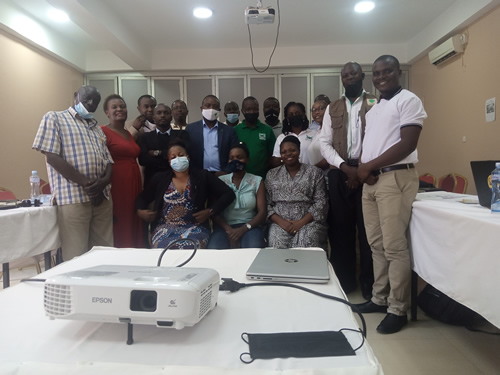 Uganda has continuously lost its forest cover from 24% in 1990 to 9% in 2015 making it one of the countries with the highest deforestation rates globally. With reforestation and afforestation efforts by state and non-state actors, an increase to 12.4% by 2020 was realized. As the country continues the struggle to restore forest cover through a number of commitments and efforts such as, the NDP III which targets to increase the national forest cover to 15% by 2025 including planting 200 Million trees (150,000ha) which translates to 18% forest cover by 2021; the National Vision 2040 which targets to reach 24% by 2040; the Bonn challenge commitment to restore 2.5million hectares of degraded landscapes by 2030; and NDC target of increasing forest cover to 21% by 2030, a number of challenges have been realized.

The challenges to tree growing and realizing the commitments made include limited access to financing, weak governance, and limited extension services; while on-farm challenges relate to termites, climate change-related effects such as drought and floods, fires, lack of seed and seedlings among others.

FMNR is a cheap and replicable model, which if implemented well can address most of the on-farm challenges and contribute to increasing forest cover.